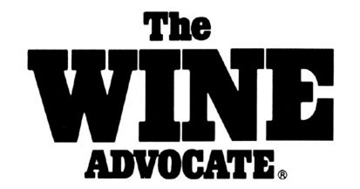 Cowhorn Vineyard & Garden
Bill and Barbara Steele’s Applegate Valley vineyard – for much more about which, consult my Issue 202 report – has been known for some years as Southern Oregon’s viticultural star (even if I personally came late to discovering them). But it’s clear to me from the recent releases tasted with them in July – not to mention from re-tasting their 2010 Syrah 58 – that their renditions of Rhone varieties need no longer shy from comparison with any in the world, even those whose authors are named Alban, Baron or Clape. Given quality this amazing – combined with a climate undeniably daunting, not to mention the assiduous pursuit of biodynamic viticulture – the prices that Steeles are asking are almost alarmingly low. If the potential achievable with Rhone cepages interests you – but perhaps just as much, if you have become jaded by the wealth of outstanding examples from multiple continents – do not put off any longer experiencing Cowhorn’s wines! (For those later than even I was in coming to Cowhorn, the digits that are a part of the name for certain wines indicate the number of frost days experienced in the applicable parcel that season, and as such serve as one reminder of the especially rigorous fire-and-ice nature of the local climate.)

When in praising Cowhorn’s 2010 Syrah 58 for my Issue 202 report I wrote that “it may well gain in intrigue, stimulation, and ultimate satisfaction,” I hardly anticipated what another 13 months – or else, a very lucky choice of bottle! – would bring, when I again encountered this wine last July. Ripe plum and cherry, beef blood and game, juniper berry and incense, allspice and pepper, are deployed with head-turning aromatic intensity and vibrant, persistent juiciness. There is a polish to the tannins here as well as a sense of lift (at 13.4% alcohol) that you’ll seldom encounter in young Syrah, and the finish now approaches kaleidoscopic interactivity and complexity. This is going to be awesome to follow through at least 2022, and I hope half expect well beyond that. And needless to say, it represents a rare value.

The Steeles’ 2011 Grenache 42 – treated to around 20% whole cluster (i.e. stems-included) vinification – delivers a forceful, fascinatingly complex nose of black raspberry, beet root, and raw beef, tinged with brown spices, white pepper, pungent herbs and horseradish. The palate impression is correspondingly multi-faceted and intense, with ginger and mustard seed adding to the incisive and invigorating impingements of pepper and horseradish. In terms of tannins though, this is polished and refined. There is a sappy, tangy persistence that left me licking my lips and longing for the next sip. Expect this fine value to prove intriguingly not to mention compellingly delicious through at least 2020, but only additional time can establish a relevant track record. (Incidentally, a co-fermented batch of Grenache with Syrah was attempted in this vintage, but Barbara Steele said only that they were not entirely satisfied with and so did not bottle the results.)

The Steeles’ 2012 Viognier represents a breakthrough for them, even given the fine quality of its predecessors. In fact, I have seldom if ever tasted a lovelier or better-balanced Viognier, and I’ve tasted an awful lot of them from France and North America over the past three decades (though granted, many wine lovers hold this grape’s solo potential in higher esteem than do I). A classic and effusive nose of acacia, honeysuckle and white peach harbors intimations of the marine breeze, cress, and lime zest that go on to add invigorating complexity on a palate at once silken and subtly oily, yet also mouthwatering and unaccountably bright. Its 14.4% alcohol (even with 4 grams residual sugar left behind) points to the extra measure of ripeness that contributes to this being so luscious and possessed of such headily persistent inner-mouth florality; yet there is not a trace of heat, harshness or, most surprisingly, heaviness. In fact, while its texture is silken and its richness enveloping, at the same time this positively dances on incisive high heels, leading to an exhilaratingly energetic finish. Barbara Steele confessed to me last year that “It is a stressful endeavor to get this grape right,” and my experience elsewhere in the world suggests that this is a universal problem. So there will be no coasting permitted the Steeles in future, but here’s hoping that this amazing 2012 represents not just an excellent value – that’s certain – but moreover a harbinger rather than just an incredible stroke of good fortune.

The barrel-fermented Cowhorn 2012 Marsanne – Roussanne is more than capable of standing comparison with the best such blends from St. Joseph or Hermitage, and as such represents an almost embarrassingly mind-boggling value. Inducing Marsanne to express its honeyed nature without becoming too fat is a perennial problem wherever that grape is grown, and Barbara Steele says it’s necessary to keep her vines hydrated to avoid berry-shrivel and consequent imbalance. She certainly avoided it here! There is lushness and honeyed richness allied to genuine vivacity and refreshment that you won’t often witness in the wider world of Marsanne-Roussanne blends. Musky narcissus, honeysuckle, and bittersweet iris rise alluringly and intriguingly from the glass, with cantaloupe, quince and papaya welling up behind them, then informing a subtly creamy and expansive yet persistently juicy palate. Mouthwatering salinity; invigorating bite of white pepper and cress; stimulating piquancy of raw hazelnut and almond combined for a performance of remarkable complexity bound to keep you on the edge of your seat through a lusciously lingering finish. How this might evolve in bottle is by no means a straightforward question, much less a foregone conclusion. Steele reports that the 2009 is tired now “but this (2012) might be different,” given that much older vines and more know-how on her part. What’s more, one expects St. Joseph or Hermitage to go through an oxidative transformation early on that becomes their patina. There’s no substitute for taking a chance yourself with some bottles of this beauty; and given its price and the way it’s behaving right now, it would be a fool who didn’t buy enough to enjoy it repeatedly over the next year or two and still have some left over!

Even granted that they don’t undergo malo-lactic transformation, it continues to be a mystery (not least to their authors) why the whites here – given the varieties and climate in question – sport such low pHs; but the effect of that is dramatically evident in the brightness, energy, invigoration and “ping” conveyed by Cowhorn’s 2012 Spiral 36, a barrel co-fermentation of slightly more Viognier, Marsanne and Roussanne. Scents of fresh lime and white peach pungently tinged with cress and acacia prepare the way for a correspondingly luscious yet incisively invigorating palate performance in which a subtly honeyed slick emerges to highlight the counterpoint between bright and energetic elements, and downright luxuriant ones. This lusciously persistent libation is perfectly reinforced by 4 grams of residual sugar that simply didn’t want to ferment out. A fabulous value, it will surely be worth following for at least the next 2-3 years, and quite possibly well-thereafter. 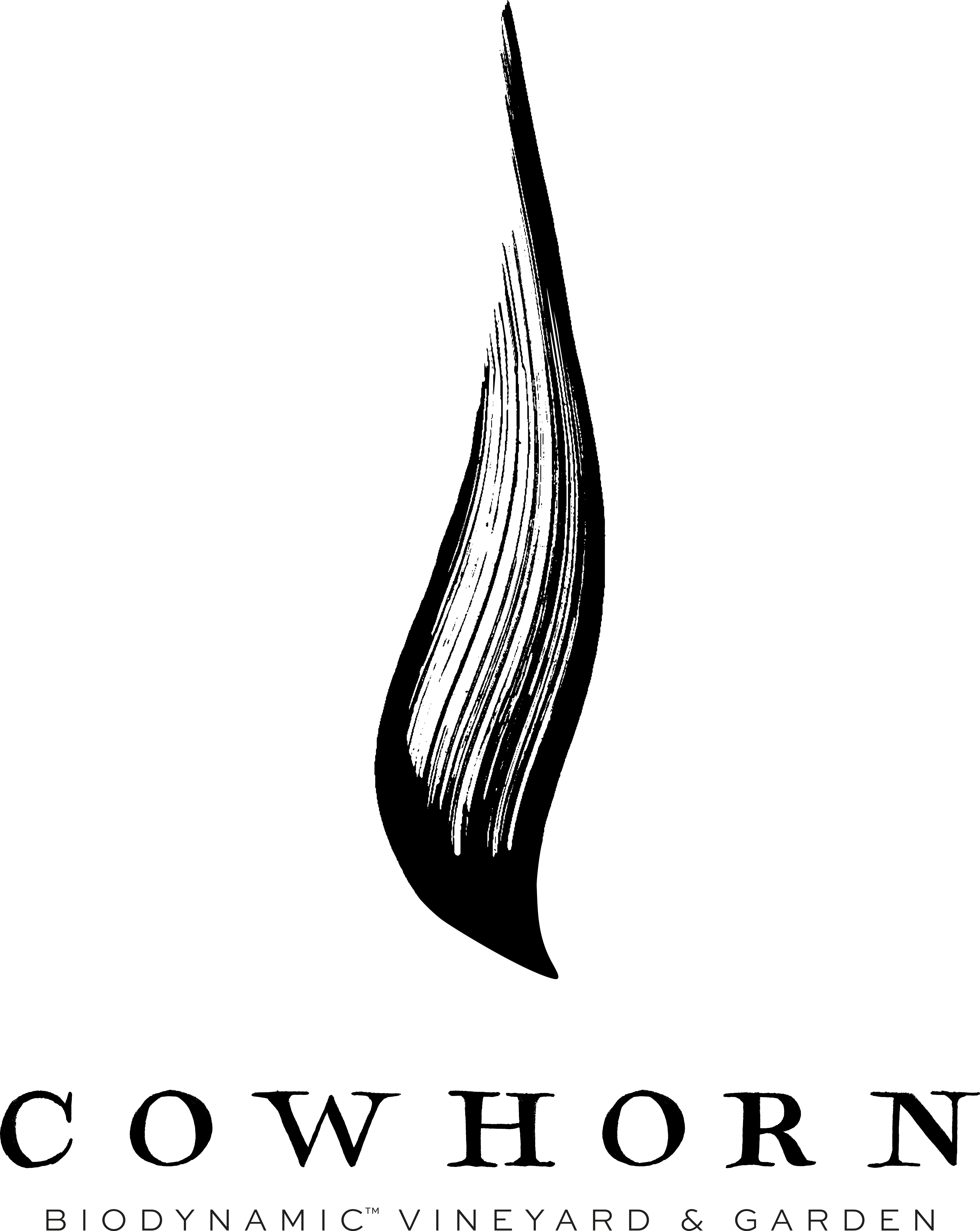